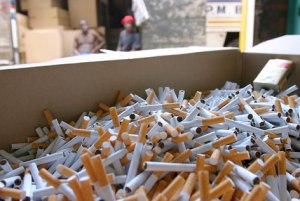 A tobacco body has urged African governments to stamp out illegal tobacco trade, as their economies are losing billions of dollars in taxes annually. Tobacco Institute of Southern Africa (TISA) revealed that governments in the region are losing between US$20 billion and US$40 billion annually in taxes as a result of illegal tobacco trade, hence the need for collaboration among stakeholders to curb the vice.

This is contained in a statement issued by KPR Consulting Limited on Friday. “The size of the global illegal tobacco trade ranges between 330 and 660 billion cigarettes a year. These are cigarettes that are either smuggled, counterfeited or where tax is being evaded. “This equates to around six and 12 percent of global consumption, which deprives governments of between US$20 [billion] and US$40 billion a year in taxes,” the statement reads.

TISA, which is a regional body that represents tobacco traders, growers and processors, estimates illicit tobacco trade incidences in Zambia being between 20 and 30 percent. South Africa is rated among the top five countries globally when it comes to the trade in illegal cigarettes, with industry research estimating that around 23 percent of all cigarettes consumed in South Africa in 2014 were illegal. Commenting on the issue, British American Tobacco Zambia managing director Clara Mlambo cited weak penalties for criminals, poor border controls, low arrest rates and tobacco taxes creating intra-regional disparities as contributing factors.

South Africa has been crowned as the African Country of the Future for 2013/14 by fDi Magazine, One of the economic powerhouses of the African continent, South Africa has been named fDi Magazine’s African Country of the Future 2013/14, with Morocco in second position and Mauritius in third. New entries into the top 10 include Nigeria and Botswana. Click here to access the full report!

South Africa has consistently outperformed its African neighbours in FDI attraction since fDi Markets records began in 2003. Figures for 2012 build upon South Africa’s historical prominence as an FDI destination with the country attracting about one-fifth of all investments into the continent – more than double its closest African rival, Morocco. In 2012, FDI into South Africa amounted to $4.6bn-worth of capital investment and the creation of almost 14,000 jobs.

South Africa claimed the title of fDi’s African Country of the Future 2013/14 by performing well across most categories, obtaining a top three position for Economic Potential, Infrastructure and Business Friendliness. Its attractiveness to investors is evident in its recent FDI performance, where the country defied the global trend with 2011 and 2012 figures surpassing its pre-crisis 2008 statistics. Despite a slight decline of 3.9% in 2012, South Africa increased its market share of global FDI, which further increased in the first five months of 2013 as the country attracted 1.37% of global greenfield investment projects. According to fDi Markets, South Africa now ranks as the 16th top FDI destination country in the world.

South Africa’s largest city, Johannesburg, was the top destination for FDI into Africa and is one of only five African cities that attracted more investments in the first five months of 2013 compared to the same period of 2012. South Africa ranked third behind the US and the UK as a top source market for the African continent in 2012, accounting for 9.2% of FDI projects.

In 2010, South Africa became the ‘S’ of the BRICS – five major emerging national economies made up by Brazil, Russia, India and China. While FDI into South Africa fell 3.9% in 2012, this was the lowest recorded decline of the BRICS grouping which, on average, experienced a 20.7% decline in FDI. In its submission for fDi’s African Countries of the Future 2013/14, Trade and Investment South Africa (TISA) stresses the importance of the country’s attachments to its BRICS partners. Source: fDI Magazine 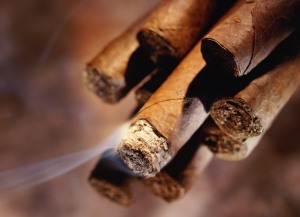 While the world’s health authorities rally for legislation outlawing or at least curbing tobacco abuse, it seems there is a world of intrigue deep in the heart of the tobacco trade.

Zimbabwe is investigating possible industrial espionage amid reports that South African tobacco firms are hiring hijackers to pounce on export cigarette consignments in transit to that country. In the past year or so, indigenous producers exporting to South Africa lost an estimated R100 million worth of cigarettes to armed robbery syndicates. Among the affected companies are Kingdom, Savanna Tobacco, Breco (Fodya), Cutrag, Trednet and Chelsea.

Savanna Tobacco has confirmed losing cigarettes worth over R18 million through hijackings and robberies while their warehouse in SA has been broken into several times. Only British American Tobacco Company has been spared. At least eight Zimbabweans were arrested at Savanna Tobacco in Harare on suspected espionage. Cosygene Dekeya, a former army military intelligence operative and Edmore Muronzerei appeared in court last week.

Investigations by The Herald showed that the Tobacco Institute of South Africa contracted a security firm, Forensic Security Service, to monitor Zimbabwean cigarette manufacturers, whose brands are giving their South African counterparts stiff competition. Stephen Botha, a former apartheid military supremo owns Forensic Security Services, the company that allegedly recruited spies within the workforce of Zimbabwean cigarette manufacturers. The spies allegedly supply consignment export details, enabling the cartel to track, intercept and hijack. FSS is said to have engaged a local business mogul (name supplied) who owns one of the largest courier service companies to co-ordinate the spies and their payments. The mogul’s trucks have also been hijacked in what might turn out to be inside jobs. Local (Zimbabwean) companies now suspect BAT of being behind the formation of TISA, which has since been regionalised.

Savanna Tobacco executive chairman Mr Adam Molai said it was shocking that South Africans were infiltrating local security organisations to commit economic crimes and bleed the economy. “It is deplorable, you cannot have foreign agencies working for our competitors to distabilise our operations in Zimbabwe. We hope our authorities will ensure that issues of this nature are dealt with accordingly,” said Mr Molai.

Trednet administrative manager Mr Graham Acutt said his company had reduced production by 70 percent. “We are aware of the under cover operations for quite some time now. This is tantamount to industrial espionage and it is highly illegal and frowned upon the world over. Imagine people spying on you and following your consignment. It becomes sensitive and clients will stop buying your product,” he said.

Mr Acutt said he was aware that police were investigating and he was willing to assist as much as he could. “We need more help from the authorities in Zimbabwe to investigate those who are actually behind this. We will assist where we can. This espionage has compromised our ability to export and obviously to earn foreign currency for the country,” he said.

Breco, which is now trading as Fodya said their market intelligence has over time indicated that there were clandestine activities being undertaken by some organisations to disrupt their business. “We understand most companies in this industry experienced this form of activity in one form or another,” said Breco in an e-mail to The Herald. “What is most alarming is that some of the organisations involved in these activities are externally-based and being assisted by local Zimbabweans. If the activities of these institutions or organisations are the real basis for our reduced capacity, then it is illegal,” it said. Source: The Herald (Zimbabwe)