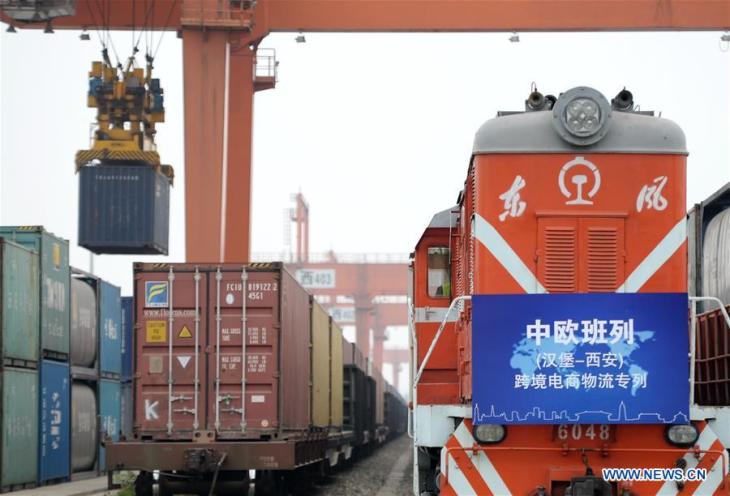 From ancient trade to modern tech

Two millennia ago, camel caravans trekked across an inland route centered around Chang’an – today’s Xi’an, the capital of Shaanxi province – serving to connect China to western-lying regions of the world through trade and exchange.

Today, under the guidelines of the Belt and Road Initiative, cross-border and transcontinental transactions are booming online as well, with a key difference: unlike the ancient model, the online businesses of today’s digital era are more efficient, more diverse and far more extensive.

Smart technologies and modern logistics have enabled people to pick and choose products from overseas – from Argentina’s red prawns, Mexico’s avocados and Chile’s cherries to the Czech’s crystals, Myanmar’s emeralds and Bulgaria’s rose oil – and receive them within hours or days after a simple click.

The Belt and Road online

Countries involved in the Belt and Road Initiative have launched businesses on China’s online shopping platforms, among which the e-commerce giant JD.com alone has attracted more than 50 overseas e-stores.

At the same time, these e-platforms facilitate the export of Chinese products to 54 countries, among them Russia, Ukraine, Poland, Thailand, Egypt and Saudi Arabia.

“With circumstances highlighting digital dividends, cross-border e-businesses do not only focus on selling products, but also on creating service-centered trade, a signal epitomizing digital commerce,” added Xing at the second Cross-Border E-Commerce Summit held in Zhengzhou, capital of Henan Province, in May this year.

According to Alibaba.com, the company’s annual online shopping spree hosted last November 11 – a day evolved from China’s Singles’ Day into an annual online shopping frenzy – attracted buyers from 225 countries and regions, generating a revenue of 168.2 billion yuan (US$26.25 billion) and producing 812 million orders.

AliExpress, a global business division of Alibaba.com established eight years ago, reached 100 million overseas customers as of April 2017. “We may be underestimating the actual size as people under the same roof may use the same account,” said Shen Difan, the general manager of AliExpress.

“Products made in China are nothing inferior to the rest of the world. However, the problem is that the small-and-medium-sized enterprises in China were unable to reach overseas customers,” Shen said, adding that e-commerce has allowed these businesses to tap into other markets, extending connections between the two sides.

The change in delivery speeds in Russia exemplifies the convenience of online business. Before e-commerce took off there, overseas packages often took as long as 60 days to arrive to Russian households, after being sent to Moscow for a security check.

Now, however, with the adoption of big data, Russian customs is no longer required to send deliveries to Moscow for unpacking and examination. Instead, detailed information about each package, including dates, types and values of commodities, is made available online, enabling direct delivery to customers.

E-commerce – arising as one of China’s four major modern inventions, along with high-speed railway, Alipay and bicycle sharing platforms – has overhauled traditional industrial chains and reshaped the trade system across the world, the People’s Daily reported.

“I have been greatly interested in the rural logistics run by JD.com,” Wu Min, the editor in chief of the Italian weekly newspaper Il Tempo Europa Cina, said while paying a visit to JD.com’s Beijing headquarters on June 1 of this year.

“In the past few years, it cost us heavily to send newspapers to the countryside, where difficult geographic conditions blocked entrance. Today, with the use of drones, we are able to surmount the last-mile challenge and send our newspapers to rural readers at much lower costs,” Wu explained.