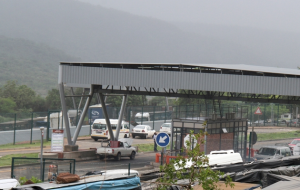 A “Unified border guard and authority” will be one of the first orders of business when Parliament opens for the third quarter of the year.

On the agenda for the portfolio committee on home affairs is “processing the Border Management Authority Bill — which‚ a statement noted‚ is a modified name as “the authority was called the agency in the former draft of the bill”‚ it said at the weekend.

It was necessitated by “inefficiencies resulting from having many government departments co-ordinating, and often duplicating, the securing of SA’s land‚ sea and air borders,” which “have contributed to the porous 5,244km border”.

“The bill and related authority aim to centralise the border-related responsibilities of‚ amongst others‚ the Department of Home Affairs‚ the South African National Defence Force and Police Service‚ Customs of the South African Revenue Service as well as aspects of the Departments of Agriculture‚ Environment and Health‚” the committee said in the statement.

After briefings‚ public hearings and written submissions‚ it is “likely to be finalised in the last quarter of 2016 or early in 2017”.

Also on the committee’s plate is “reliable higher bandwidth network services” needed by the Department of Home Affairs “to facilitate the expanded roll-out of technology-driven service delivery improvements”.

“These include paperless applications for more secure smart identification cards and passports as well as online visa and permits processes. The Department of Home Affairs has experienced challenges with the network services provided by the State Information Technology Agency and is in the process of seeking alternatives.” Source: Buisness Day Live