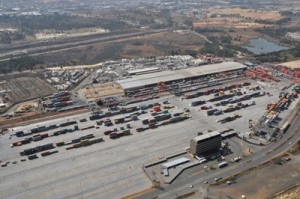 The controversial Customs Control Bill adopted by Parliament’s finance committee on Wednesday includes a “fallback” provision allowing for a return to the current customs control system should the new one fail.

A similar clause was included in the law that introduced value-added tax in 1991, allowing for a legal alternative to be implemented quickly if things do not work out as planned.

The committee also adopted the Customs Duty Bill and the Customs and Excise Amendment Bill as part of a total revamp by the South African Revenue Service (SARS) of the customs system. Visit this link for access to the Bills and submissions to the parliamentary committee.

The Customs Control Bill has been highly contentious as it will fundamentally change the way imported goods are cleared and released. The Democratic Alliance and Business Unity SA (Busa) opposed the original proposals on the grounds that doing away with manifests in the operations of City Deep would threaten the inland terminal in Johannesburg. SARS disputed this but nevertheless amended the bill.

Busa’s Laurraine Lotter yesterday welcomed the inclusion of the fallback clause but said she would have to see the details of the amendments introduced by SARS before commenting.

The fallback provision — which will automatically lapse five years after the effective date of the legislation — was included to be on the safe side, although SARS does not expect the proposed system to fail. It consulted widely on the bill, sought legal opinions about the legality of its amended proposals and ultimately secured the support of ship operators and agents, freight forwarders and Transnet for the amendments.

Implementation could be delayed by 12 months to allow the trade sufficient time to prepare.

SARS chief legal and policy officer Kosie Louw assured the committee this week the existence of City Deep would not be jeopardised. He urged adoption of the new system of customs control, saying the authorities needed more detailed information about incoming cargo to clamp down on fraud and illegal imports.

In terms of the bill, the submission by shipping lines of a manifest that provides only a general description of cargo will be replaced by a clearance declaration. This must contain information on the tariff, value and origin of the goods, and be submitted by the importer (which can be held accountable for its veracity) three calendar days before arrival at the first place of entry into South Africa.

Penalties will be levied only if the clearance is not submitted within three working days after the arrival of the goods. Containers will be provisionally released before arrival of the goods at the first place of entry and finally released at the first point of entry. To allow for seamless movement of goods, shipping lines will still issue multimodal contracts and through bills of lading.

“The revised proposal provides certainty and predictability to role players in the supply chain regarding the movement of goods,” Mr Louw said.

Mr Louw submitted that the objections to the proposal — that it would require traders to change their sale contracts; that sellers would be reluctant to sell under the new terms; that importers would be affected; that carriers would no longer issue a bill of lading to internal terminals; and that it would give rise to delays and congestion at ports — were found to lack foundation by international trade law expert Prof Sieg Eiselen and two advocates.

He said the proposed system would lay a solid and predictable framework for a modernised system of customs control that balanced the need for trade facilitation with the need to prevent imports of illicit goods. The current system was governed by an outdated, 1960s law. Source: Business Day