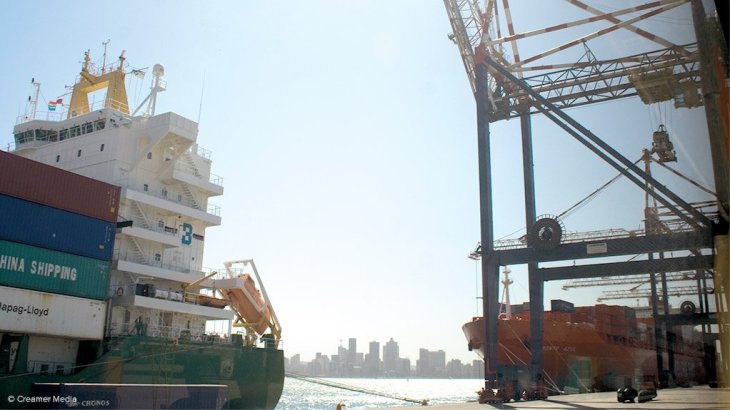 Port Technology reports that the IMO’s stricter sulphur emission standards are likely to have a profound impact on the maritime industry. With this in mind, PTI’s sixtieth edition pays a particular focus to the challenges ahead if LNG is to become the shipping fuel of the future and if this is the most viable option for shipping lines vying to meet these new regulations. Elsewhere, we have contributions form Drewry, Liftech consultants and a host of key industry experts, engineers and analysts.

The Port of Durban is situated on the east coast of South Africa, in the KwaZulu- Natal Province. The port is the busiest on the African continent, and the biggest in terms of container capacity with 44 percent of South Africa’s break-bulk cargo and 61 percent of all containerised cargo flowing through it. In 2010 alone, the port handled 2.5 million TEU.

The port has 57 berths and is protected by the north and south breakwaters, which are 335 metres and 700 metres long respectively. It was developed primarily for import cargo but over the years, cargo flows have changed significantly and exports have become more important. Over 4,000 commercial vessels now call at the port each year.

The Maydon Wharf multi-purpose terminal (MPT) handles a variety of containerised, break-bulk and bulk cargo, and specialises in the handling of specific commodities. The terminal also handles both import and export containers, taking it to an average of 15,000 TEU. It has an annual throughput of more than one million tonnes of break-bulk and neobulk commodities. The Maydon Wharf area consists of 15 berths and the MPT operates principally between berths eight and 13.

Transnet National Ports Authority (TNPA) has initiated an extensive upgrade of the infrastructure at the port. One of the major projects is to rebuild and deepen seven of the 15 berths in the Maydon Wharf area. The new quays will be able to accommodate larger vessels and provide suitable load-carrying capacity for the handling of cargos over the berths. Source: Port Technology