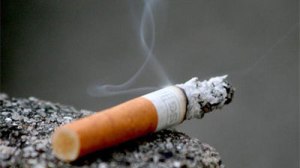 Cigarette volume sales increase in 2011 – Retail volume sales grew by 1% in 2011, following declines throughout the review period. Retail value sales grew significantly due to a general price increase to cater for taxation increases, as well as rising production costs for manufacturers.

High import duties restrict the growth of the cigars category – The performance of the cigars category remains suppressed due to high import duties on all cigars. The unit price on most cigars increased significantly in 2011 to accommodate import duty increases. Local distributors were reluctant to import new cigar brands due to a low turnover for existing brands. Consumption of cigars declined in 2011 due to higher unit prices for leading brands, with only festive seasons seeing some respite.

For a meagre sum of US$1,900 why not purchase the full report?  Discover the latest market trends and uncover sources of future market growth for the Tobacco industry in South Africa with research from Euromonitor‘s team of in-country analysts. Find hidden opportunities in the most current research data available, understand competitive threats with detailed market analysis, and plan your corporate strategy with expert qualitative analysis and growth projections. If you’re in the Tobacco industry in South Africa, this research will save time and money, empowering informed, profitable decisions – so the blah says.