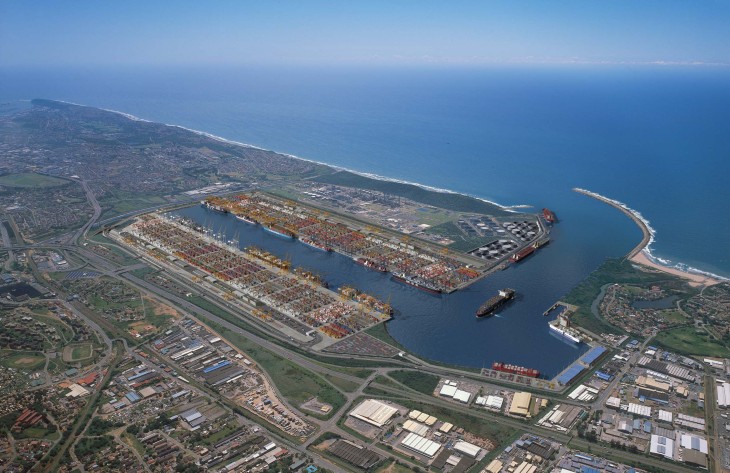 State-owned freight logistics group Transnet has followed up its recent R1.8-billion purchase of the old Durban International Airport site, in KwaZulu-Natal, with the release of a number of separate tenders in support of its proposal to develop, in phases, a new dig-out port on the property.

The first phase, which was currently scheduled for completion in 2019, was expected to require an initial investment of R50-billion, with the balance of the project to be completed by 2037.

The first request for proposals (RFP) relates to the appointment of a transaction adviser for the project. The adviser will provide technical assistance relating to the establishment of a business model for the development of the harbour.

Transnet currently envisages a phased development of a facility comprising 16 container berths, five automotive berths and four liquid bulk berths. Its high-level infrastructure plan indicated that the container terminals would have the collective capacity to handle 9.6-million twenty-foot equivalent units, or TEUs, once all four phases were completed. That, the group argued, would be sufficient to address South Africa’s container capacity requirements to 2040.

The transaction adviser would be expected to complement and supplement the work, resources and expertise that Transnet had dedicated to the project internally. The consultant was expected to cover the legal, financial, environmental, economic and technical aspects of the proposed development. In order to facilitate the opportunity for financial planning and policy engagement, it is necessary to complete the assignment within an 18-month period.

The second RFP invites consultants to conduct conceptual and prefeasibility studies for the development . Transnet will employ a four-stage project lifecycle process for its capital expansion projects, with the two front-end loading (FEL) studies making up the first two stages. FEL implies upfront planning and engineering in order to reduce, as much as possible, the risk of scope creep and to ensure financial accuracy for the project. The FEL-1, or conceptual study, is scheduled to be completed by the end of March 2013, while the FEL-2 study should be finalised by the end of March 2014. Source: Creamer Media