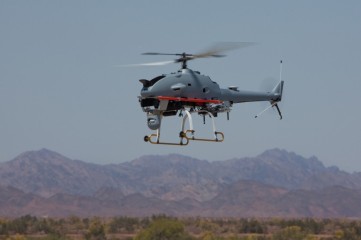 Northrop Grumman and Yamaha Motor Corporation, USA, are teaming up to develop a small, unmanned autonomous helicopter system. The Rotary-Bat (R-Bat) is aimed at a range of applications in both urban and rural areas, including search and rescue, power line inspection, border patrol and forest fire observation.

Although Yamaha might be better known for outboard motors and ground-based transportation of the two-wheeled variety, it has been producing remotely-piloted unmanned helicopters for over 25 years. Its RMAX unmanned helicopters have been dusting Japanese crops for over 20 years and have recently been studied for potential use in US agriculture.

It is Yamaha’s RMAX platform that the R-Bat helicopter will be based upon, while Northrop Grumman will supply the aircraft’s autonomous control systems and sensors. Its name signals that it will join the ranks of Northrop Grumman’s existing line of Bat unmanned aircraft systems (UAS) that are used for tactical intelligence, surveillance and reconnaissance applications.

A test flight of the R-Bat unmanned helicopter system can be seen in the following video. Source: Northrop Grumman