Securing US Cargo – Infographic by Journal of Commerce (Click to enlarge)

The Journal of Commerce provides a very useful infographic on the U.S. Customs and Border Protection’s efforts and initiatives in securing US – cargoes from foreign ports. While the Container Security Initiative (CSI) was one of the very first post 9/11 security initiatives it has since been supported by a number of other partnership programs involving other customs agencies and the US trade community. These have spawned many of the policies and guidelines being adopted by Customs agencies around the world where the WCO has ‘formulated’ and ‘standardised’ such requirements for broader international use, in conjunction with capacity building programs.

Since Sept. 11, 2001, CBP has taken steps to reduce vulnerabilities associated with U.S.-bound cargo container shipments by placing customs officials at foreign seaports to determine whether U.S.-bound shipments from those ports pose a risk of containing weapons of mass destruction or other terrorist contraband. While cargo from foreign ports and ships is critical to the U.S. economy, it can also be exploited by terrorists.

When CSI was launched in 2002, CBP initially selected 23 CSI ports largely on the basis of the volume of U.S.-bound container cargo, but it increased the number of risk factors in selected additional ports as it expanded the CSI program beginning in 2003. Through 2007, CBP added 35 ports to the CSI program based on additional criteria, such as strategic threat factors and diplomatic or political considerations. As of July 2013, CBP was coordinating targeting of U.S.-bound cargo container shipments with 61 foreign ports in 34 countries.

Cargo shipment data from PIERS, JOC’s sister publication, supports the GAO’s view that the U.S. needs to update and expand CSI in order to continue effectively monitoring incoming cargo. In particular, it appears the U.S. should form new CSI partnerships with Vietnam and India, which are the Top 2 exporters to the U.S. with no established CSI partnerships.

Although Vietnam is “relatively stable” in terms of its government, it is geographically close to Laos and Cambodia, and is therefore risky because of transshipment issues, according to Susan Kohn Ross, an attorney with Mitchell Silberberg & Knupp in Los Angeles. She also noted there has been a trend of manufacturers moving from China to Vietnam recently, as labor has become more expensive in China, resulting in more Vietnamese exports to the U.S.

Meanwhile, local uprisings in India recently have increased the country’s vulnerabilities to terrorist plans, despite the nation’s stable government, Ross said. India’s proximity to Pakistan also exposes it to terrorist groups, such as al-Qaida and the Taliban, and because Pakistan already has an established CSI partnership, terrorists might find it easier to smuggle cargo via India, she explained.

Conversely, if budgetary constraints ever force the CSI program to condense its monitoring, then CSI partnerships could perhaps be downgraded or eliminated entirely with the governments of Jamaica, Oman and Greece, which are the smallest exporters to the U.S. with established CSI connections, according to PIERS.

However, expanding and even contracting the CSI program present challenges. For example, CBP officials said in the GAO report that it is difficult to close CSI ports because removing the program from a country might negatively affect U.S. relations with the host government.

Furthermore, implementing a CSI partnership in a country exposes jurisdictional issues and regulatory differences, Ross said. For instance, the U.S. considers drugs to be a national security issue, but that’s not always the case in other countries, so prioritization of monitoring has to be worked out. Issues like which nation should pay for customs officers to be trained, or who should fix scanning equipment when it breaks, also must be resolved.

Ross further explained that it is “highly unlikely” that the federal government will ever expand CSI to cover 100 percent of all U.S. imports, an idea that CBP considered in 2009, but never implemented because of budget constraints. She said that scanning equipment is not advanced enough to expeditiously monitor all U.S.-bound cargo, and not all countries would even be willing to put CSI in place anyway.

Ultimately, nothing is foolproof, and if terrorists really wanted to wreak havoc on the U.S., they could probably more easily attack the U.S. through its borders, via Canada and Mexico, Ross said. However, CSI acts as an important deterrent, limiting the number of chances a terrorist has to harm to the U.S. Source: www.joc.com 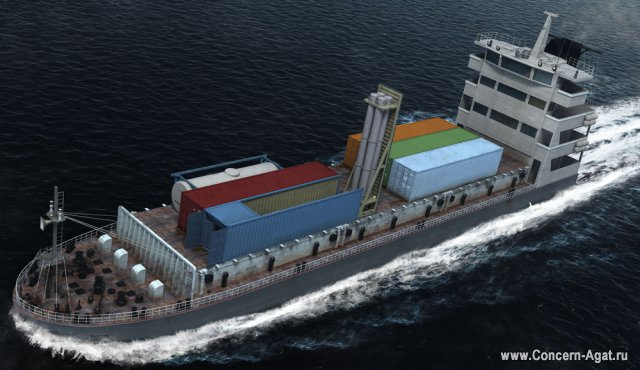 Critical Logistics, an informative blog, reported an interesting if not disturbing article on the development of a new weapon’s system which uses the ubiquity of shipping containers as it is housed in a 40-footer. It is known as the Club-K Container Missile System.

An article by concerned commentator, Lajos F. Szaszdi, (The Heritage Network) raises several valid concerns in his article “The Club-K: A Deadly “Pandora’s Box” of Cruise Missiles”, which are summarised in the following paragraphs.

[…] Fittingly, the marketing name given to the system is “Pandora’s Box.” The container-looking weapon system can be fired from a container ship, a train cart, or a container truck. By appearing externally as a simple container, the Club-K can be positioned covertly, ready to unleash a surprise attack, probably firing simultaneously from more than one container.

[…] Container ships carrying the Club-K system could be used to attack commercial shipping, particularly in choke points like the Straits of Hormuz and Malacca. These container ships would be acting like Germany’s auxiliary cruisers of the First and Second World Wars, which were armed merchant ships used for commerce raiding. Cargo ships armed with the Club-K could be equipped with Unmanned Aerial Vehicles to provide airborne Intelligence, Surveillance, Target Acquisition and Reconnaissance (ISTAR).

Even though use by Hezbollah is a possibility, the greatest potential threat could come from China, which reportedly was already interested in acquiring Club missiles for its submarines of the Type 041 Yuan class, the nuclear-powered Type 093 Shang class, and Russian-made Kilo class subs. China could load container ships with land-attack missiles, with E-Bombs for a surprise attack against Taiwan, and armed with nuclear warheads and E-Bombs to strike the port facilities used by the U.S. Navy in Singapore, the U.S. West Coast, the Panama Canal, etc. Chinese missiles could be launched from container trucks sent secretly to Mexico mixed with legitimate containers. India, another customer of the SS-N-27, could use the Club-K system against Pakistan or China as a first or second strike weapon. Iran could be another customer for the Club-K, once U.N. sanctions are lifted.

The Club-K is a highly destabilizing weapon system. Due to the nature of international trade, with millions of containers being shipped worldwide, transported by train and particularly by trucks, it would be very hard to detect, and an attack could happen at any time on any day without warning. The military and intelligence services of the U.S. and its allies must keep a close watch on this Pandora’s Box, to make sure it will never be opened in anger against them.

A promotional video of the system by (oddly named) manufacturer Concern Agat appears below. http://

For more details on the system visit their website – http://www.concern-agat.com/products/defense-products/81-concern-agat/189-club-k 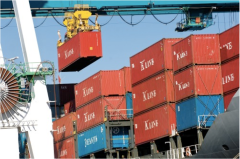 The fluid transition from sea to land

Here’s an interesting view on containers, presented by Alex Colas from Birkbeck University, USA. Colas highlights that containers have been fundamental drivers of global processes and have had an unprecedented effect on logistics and labour organisations. Moreover Colas demonstrates that containers as well as being transformative objects in themselves, have also transformed the way in which circulatory barriers have been overcome through seamless transitions from water to land. Containers are a worthy protagonist of material analysis in international systems and there is much room in academic discourse for the full story of the container to unfold. Herewith the link to the article Thinking Inside the Box, available on the blog – Geopolitics & Security.