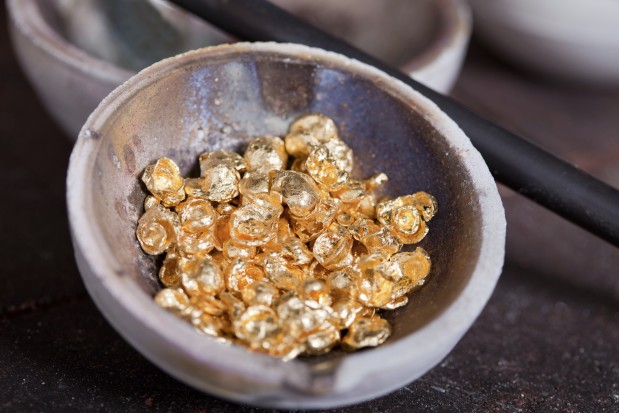 Global Trade Review reports that trade mis-invoicing is costing some developing countries two-thirds of the value of certain commodity exports.

New data gleaned from two decades of export figures emphasises the tens of billions of dollars being lost from the global economy to the under-invoicing of commodities from Africa and South America.

Between 2000 and 2014, 67% of the value of total gold exports were lost from South Africa through under-invoicing – when an invoice states a price as a lower value than is actually being paid.

Also read Maya Forestater’s blog post Misinvoicing or misunderstanding? for an alternative explanation regarding the UN’s claims in its recent report Trade Misinvoicing in Primary Commodities in Developing Countries.

This is often done to avoid paying taxes and is one of the most common methods of trade-based money laundering. The total loss in this particular commodity export amounts to US$78.2bn. More than half of this is lost on the trade of gold between South Africa and India.

From 1996 to 2014, the mis-invoicing of oil exports from Nigeria to the US was worth US$69.8bn. This is the equivalent value of one-quarter of all oil exports to the US.

The data from the UN Conference on Trade and Development (UNCTAD) shows that in the 20 years from 1995, more than half of Zambia’s total copper exports fell victim to misinvoicing, with US$28.9bn-worth not showing up on the books of Switzerland, the primary market.

From 1990 to 2014, Chile lost US$16bn in potential taxable revenue in the copper trade to the Netherlands, while the Netherlands did not record US$5bn in cocoa exports from Côte d’Ivoire between 1995 and 2015.

This is the first large-scale analyses of under-invoicing for specific commodities and countries,  despite the fact that the practice has been so rife for decades.

More awareness has been raised to the practice in recent years – in no small part due to the work done by not-for-profit organisations such as Global Financial Integrity (GFI) – but the lack of resources allocated to its eradication in much of the world, coupled with the culpability of many officials around the world, means that little progress has been made.

There is still no global standard against trade-based money laundering as there is against, for instance, sanctions breaching. The fact that it pre-dates most formal financial systems also means that any measures taken to stop it are difficult to enforce.

“When we talk about illicit financial flows we’re always talking about curtailing it, because there’s not going to be any situation in which any set of policies is going to entirely limit criminal behaviour. We have many, many laws on the books and folks break them all the time. But if you can make it as difficult as possible for folks to engage in this kind of thing, you’re doing what you’re supposed to do it,” Liz Confalone, policy counsel at GFI tells GTR.

The report also brings to attention the practice of over-invoicing – whereby the price of a good is fraudulently increased, allowing the exit of illegal money from an economy. Often, this money is connected to the narcotics trade, or to other criminal activity.

The UNCTAD report reads: “Puzzling results also emerge at the trading partner level. Trade with the Netherlands presents a peculiar case, with systematic and substantial export over-invoicing. It appears that primary commodities exported to the Netherlands never dock in the Netherlands.

“The question is whether this is the outcome of smuggling or incorrect reporting of the residence of the buyers. Answering this question may require an investigation at the company level.”

The authors call on a three-pronged attack on trade mis-invoicing, encompassing greater government scrutiny of particular commodity sales, an improvement in trade statistics and greater transparency in certain jurisdictions.

They write: “The results from this study highlight the need for an investigation into the role of transnational corporations involved in the exploitation, export and import of commodities, as well as the role of secrecy jurisdictions in facilitating trade mis-invoicing.

“Such an investigation may shed light on the mechanisms of export over-invoicing and import smuggling. Enhanced transparency in global trade is indispensable, especially through co-ordinated enforcement of the rules on country-by-country reporting by TNCs at the global level.”

Speaking to GTR recently, Jolyon Ellwood-Russell, a Hong Kong-based trade finance partner at law firm Simmons & Simmons, called for more joined-up thinking on an intergovernmental level if the problem is to be tackled.

Praising moves by the Hong Kong Monetary Authority and the Monetary Authority of Singapore to clamp down on trade-based money laundering, he said: “The issue is that the techniques and methods are very complex and don’t necessarily fit into those existing countermeasure programmes. Both banks and regulators could probably benefit from a better understanding of trade finance structures and how they are used in trade-based money laundering.” Source: Global Trade Review