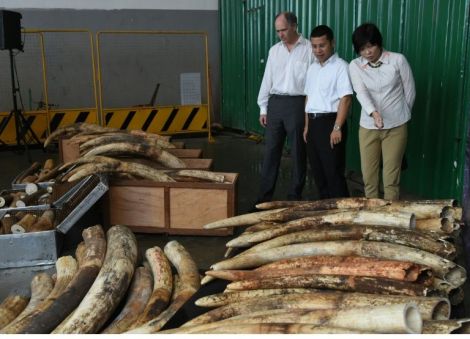 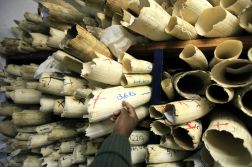 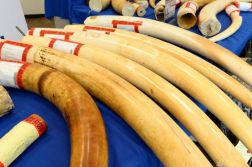 Singapore on Monday crushed and burnt almost eight tonnes of ivory confiscated over two years to try to deter smugglers as activists called for tighter enforcement.

Over 2,700 elephant tusks weighing 7.9 tonnes were fed into an industrial rock crusher before incineration.

It was the fist time seized ivory had been destroyed in Singapore, the Agri-Food and Veterinary Authority said in a statement. Previous hauls were returned to the originating country, donated to museums or kept for education.

The tusks, estimated to be worth Sg$13 million ($9.6 million), were seized on four separate occasions between January 2014 and December 2015. In May 2015 some 2,000 tusks were found hidden in a shipment of tea leaves from Kenya.

“The public destruction of ivory sends a strong message that Singapore condemns illegal wildlife trade. By crushing the ivory, we ensure it does not re-enter the ivory market,” said Desmond Lee, a senior minister of state in the interior and national development ministry.

“There are illegal wildlife shipments caught in other ports after they came through Singapore. So we definitely need to step up efforts to enforce the strict rules,” he said.

The ivory trade has been banned since 1989 by the Convention on International Trade in Endangered Species, of which Singapore is a signatory. Source: AFP News