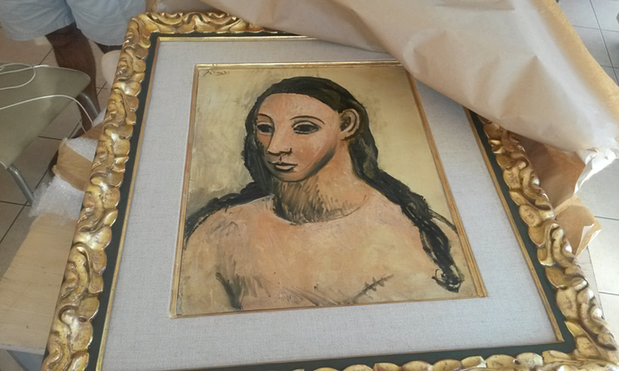 A painting by Pablo Picasso estimated at more than €25 million (CHF26.5 million) and considered “unexportable” by the Spanish authorities has been seized by French customs officials on a boat moored in the French island of Corsica.

“An attempt to export to Switzerland a picture by Picasso, Head of a Young Woman, through the customs office of Bastia [a town in Corsica] last Thursday attracted the attention of French officials,” customs agents said in a statement to French news agency AFP on Tuesday.

On Friday, customs officials from the Corsican town of Calvi “boarded the ship which was moored in the marina at Calvi and demanded the documents relating to the painting which it was transporting”. According to the statement, the captain was able to produce only one document assessing the painting plus a ruling, in Spanish, from May 2015 made by the Audienca Nacional, a Spanish high court which has jurisdiction over all Spanish territory and international crimes which come under the competence of Spanish courts. This ruling confirmed that the painting was a Spanish national treasure which could never leave Spain. Source: CustomsToday