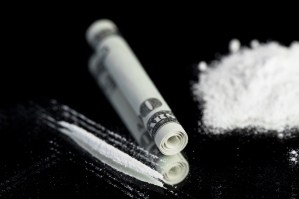 Dubai customs arrested a woman who was trying to smuggle 2.3 kilograms cocaine in her shorts at Dubai International Airport. Customs officers stopped the 31-year-old South African passenger when she arrived at the airport’s transit terminal.

One of the officers suspected the woman passenger and took her inside a private search room as she seemed perplexed. She was reportedly found to be smuggling 16 pouches of cocaine that were secretly stitched inside her mini-shorts.

The Dubai Court of First Instance convicted the South African of smuggling cocaine in transit and jailed her for 10 years. When she appeared in court, the defendant admitted that she smuggled the substance in her clothes but maintained that she did not know that she carried a banned substance.

She confessed that she agreed to carry the substance for money [the amount was not specified] but did not realize that she was carrying cocaine. The passenger claimed in court that she had intended to take the substance to her homeland and not to Dubai. The court fined her Dh50,000 (US$13, 000) and will be deported after serving her punishment. The defendant was cited confessing to prosecutors that she smuggled the drugs via Dubai in transit. Source: customstoday.com.pk