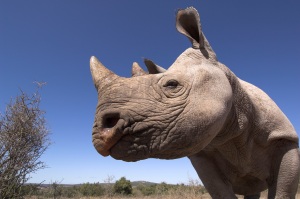 South Africa has made no final proposal on legalising the global rhino horn trade as a way of reducing the level of rhino poaching in the country, the Department of Environmental Affairs said on Friday, rebutting recent media reports on the issue.

Last year, the Cabinet authorised the department to explore the possible legalisation of the rhino horn trade at the 17th conference of the parties (COP) to the Convention on International Trade in Endangered Species of Wild Fauna and Flora (CITES), which takes place in 2016.

However, the department said, “no final proposal has been compiled, or decision made, regarding the future legal trade in rhino horn as an additional intervention to reduce the levels of poaching”.

The department said it had appointed a panel of experts, chaired by the department’s Fundisile Mketeni, to assist the inter-ministerial committee tasked by the Cabinet with weighing up a proposal on the trade in rhino horn.

The panel had started its work and would, in the coming months, listen to all sides of the trade debate before submitting a set of recommendations to the committee.

South Africa’s proposal would be tabled at CITES in 2016, and would be based on sound research, uninfluenced by any individuals or groups seeking to make a profit or by any group opposed to the country’s sustainable usage policies, the department said.

“South Africa believes that the decision to table a proposal at the next CITES COP is timeous, and may be a step towards addressing the scourge. South Africa is however not in any way insinuating that the possible trade in rhino horns would be a panacea to the problem of poaching.”

South Africa, which is home to more than 80% of the world’s rhino population, has been facing an onslaught from poaching syndicates since 2008. Since the start of this year alone, 442 rhinos have been poached and 123 suspected poachers arrested in the country.

The department has taken a number of steps in response, including increasing the numbers of rangers in its parks, as well as improving regional and international collaboration with both rhino “range” and rhino horn “consumer” countries. Source: SAnews.gov.za