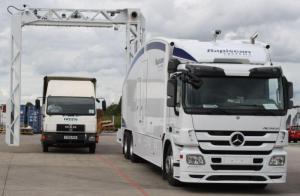 UK freight forwarders have welcomed but are not surprised by the latest US postponement by two years of the implementation of new rules requiring all cargo containers entering the US to be security scanned prior to departure from overseas ports, with national association BIFA reiterating calls for the initiative to be abandoned.

Peter Quantrill, Director General of the British International Freight Association (BIFA), said it was “hardly surprising” to hear the recent news that the US had delayed the introduction of the new rules “amid questions over whether this is the best way to protect US ports”, calling the move “a healthy dose of common sense”.

Mr Quantrill commented: “As BIFA has said repeatedly, the Department of Homeland Security (DHS) has consistently underestimated the enormity of the task in hand relative to the costs both to the US government and foreign governments – as well as, importantly, the limited ability of contemporary screening technology to penetrate dense cargo, or large quantities of cargo in shipping containers.”

The deadline for implementation of 100% scanning of all inbound containers has already been delayed from 2012 to 1 July, 2014, and US Secretary for Homeland Security Jeh Johnson, who took over the role just six months ago, has now reportedly decided on another 24-month postponement.

BIFA’s comments follow the recent news of a letter from Thomas Carper, chairman of the US Senate Committee on Homeland Security and Governmental Affairs, which suggested that the use of systems available to scan containers would have a negative impact on trade capacity and the flow of cargo.

Quantrill adds: “Media reports suggest that the US Government now doubts whether it would be able to implement the mandate of 100% scanning, even in the long term, and it would appear that it now shares BIFA’s long-standing opinion that it is not the best use of taxpayer resources to meet the USA’s port security and homeland security needs.

“We have always said that expanding screening with available technology would slow the flow of commerce and drive up costs to consumers without bringing significant security benefits.”

He continued: “Whilst the latest news of a two-year delay appears to be a healthy dose of common sense at the US Department of Homeland Security, BIFA still believes that the US Government ought to take an even bolder step and repeal the original legislation.

“That would be the most appropriate way to address this flawed provision and allow the Department and the industry to continue to focus on real solutions, including strengthened risk-based management systems to address any security gaps that remain in global supply chains.”  Source: Lloyds Loading List