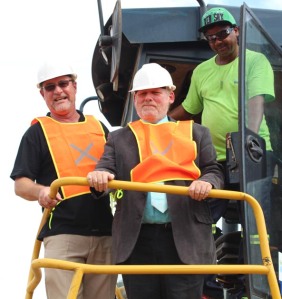 More than 300 000 of non-complying products valued at R8-million were destroyed at the third destruction of goods function conducted today in Born Accord, Pretoria. The goods were seized during the National Regulator for Compulsory Specifications (NCRS) raids and a significant percentage of the products were also intercepted at the ports of entry including sea ports and inland ports.

Addressing stakeholders at the event, the Minister of Trade and Industry, Dr Rob Davies said it was crucial to have technical regulations and compulsory specifications for goods in order to prevent sub-standard, unsafe, and harmful products into the South African market.

“The goods are not only destroyed to defend our consumers against sub-standard products, but also the South African producers against unfair competition from those who either produce the same products or more typically import from all sort of borders,’” he said.

Minister Davies mentioned the recent six weeks blitz conducted by NCRS in Cape Town, Durban and City Deep were 0.25% of all containers entering the country were inspected and close to R8-million worth of non-compliant products were detected.

Davies said to date, approximately R153-million worth of non-compliant and unsafe products were seized and removed from the market.

“As government, we are therefore committed to locking out non-compliant products especially since most of these products are being sold to poor people who often do not yet have access to the necessary information on safety standards and their rights in this regard,” added Davies.

Davies urged stakeholders to work together with the NCRS and the National Consumer Commission to ensure the safety of consumers and also to protect jobs.