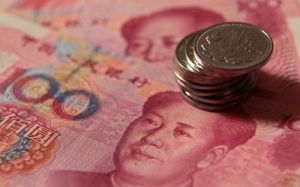 Zimbabwe’s central bank on Wednesday said it would allow the Chinese yuan, Indian rupee, Japanese yen, and Australian dollar to be added into the basket of multiple currencies to be circulated inside the country.

The decision was unveiled by the monetary statement issued by acting governor of the Reserved Bank of Zimbabwe Charity Dhliwayo.

She said the decision to include the three foreign currencies is made upon the consideration that trade and investment ties between Zimbabwe, China, India, Japan and Australia have grown appreciably in recent years.

Zimbabwe has adopted a multiple currency system since the collapse of its local currency, the Zimbabwean dollar in 2009. The most used currency in the southern African country since then has been the US dollar and South African rand. The Botswana pula and British pound are also among the foreign currencies allowed to circulate.

China is Zimbabwe’s major trading partner. Bilateral trade exceeded 1 billion US dollars for two consecutive years since 2012. While Zimbabwean officials have expressed the intention to add Chinese yuan into the currency basket, no formal agreement has been signed between the central banks of the two countries yet. Source: zimdev.wordpress.com