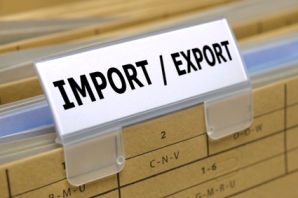 The Minister of Finance has approved that South Africa’s trade statistics will in future include data in respect of trade with Botswana, Lesotho, Namibia and Swaziland (BLNS countries).

BLNS country-trade statistics have previously not been included in the trade statistics. This arose historically because of the free flow of trade from a customs duty point of view within the Southern African Customs Union (SACU).

South Africa’s total trade deficit for 2012 was R116.9bn. Had the BLNS trade data been included, the deficit would have been R34.6bn.

The view is therefore that direct trade within the BLNS countries should be included in the calculation of the monthly trade statistics to provide a more accurate reflection of South Africa’s trade.

Furthermore, SARS’s customs modernisation programme has resulted in its systems moving to new technologically enhanced platforms that enabled better electronic capturing of trade data that was previously done manually. The modernised system greatly improves the accuracy of trade data and allows the reporting and analysis of trade data to be done in real-time.

SARS worked very closely with the National Treasury (NT) and the South Africa Reserve Bank (SARB) in preparing the trade statistics that includes trade with the BLNS countries.

The SARB has welcomed the revision of the trade statistics “as valuable additions to building block data used to compile South Africa’s balance of payments.”

“While the Bank has always included estimates of the trade between South Africa and this group of countries in its compilation of South Africa’s overall imports and exports, the new building block data will be incorporated in the balance of payments, leading to improved measurement. Previously published statistics will also be revised. The revised balance of payments data for South Africa will be finalised in the next few weeks and published in the Bank’s Quarterly Bulletin, due to be released on 3 December 2013,” the SARB said in a statement.

In addition to the inclusion of the BLNS trade figures, SARS is also contemplating certain other revisions to improve the reporting of trade statistics in the future. Some of these include the following: