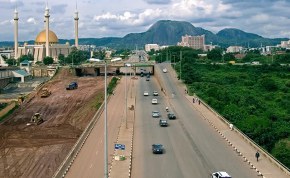 According to the report, FDI inflows to African countries went up by five per cent to $50bn in 2012, though global FDI declined by 18 per cent. The report noted that most of the FDIs into Africa mainly driven by the extractive industry, but said there was an increase in investments in consumer-oriented manufacturing and services.

Global FDI fell by 18 per cent to $1.35 trillion in 2012. This sharp decline was in stark contrast to other key economic indicators such as GDP, international trade and employment, which all registered positive growth at the global level,” which was attributed to economic fragility and policy uncertainty in a number of major economies, giving rise to caution among investors.

It added that developing countries take the lead in 2012 for the first time ever, accounting for 52 per cent of global FDI flows. This is partly because the biggest fall in FDI inflows occurred in developed countries, which now account for only 42 per cent of global flows. In 2011, Nigeria was ranked Africa’s biggest destination for FDI, with total inflows of $8.92bn, South Africa followed with $5.81bn, while Ghana received $3.22bn. Source: AllAfrica.com