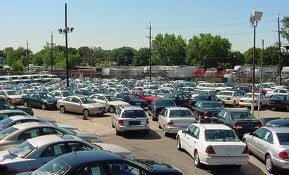 Vehicle imports through the Beitbridge Border Post increased by 23 percent between January and May this year compared to the same period last year, the Zimbabwe Revenue Authority has said. The increase is attributed to the price freeze of vehicles in South Africa and also the exorbitant prices of vehicles on the local market. Prices of second hand vehicles in South Africa have remained stable for the past 12 months. It costs on average US$7 000 to buy a second hand modest car from South Africa and at least US$20 000 and above to buy a similar car on the local market.

Figures from Zimra show that a total of 14 114 vehicles have been imported through Beitbridge between January 1 and May 31, 2013 compared to 10 851 vehicles during the same period last year.

Investigations by Herald Business show that on average Zimra clears a total of 1 500 cars per month at Manica bonded warehouse, and the figure has increased to between 2 000 and 3 500.

A total of between 15 and 25 car carriers offload vehicles at Manica daily. Zimra’s legal and corporate affairs director Ms Florence Jambwa said that most of the cars were coming from Japan via Durban, South Africa.

“There has been a marked increase of motor vehicle imports at Beitbridge Border Post this year as compared to the year 2012.

“The month of January had the lowest number of imports (1 194) while the month of May had the highest number (3 706), in fact there has been an increase every month.

“You will note that imports of motor vehicles through Beitbridge are increasing as such the work load increases.

“However, the Zimbabwe Revenue Authority employs several strategies to curb challenges at the border post mainly through embracing modern technological innovations such as the use of scanners and the ASYCUDA World system which is Internet-based,” said Ms Jambwa.

She said they had already addressed the challenges that were affecting the processing of vehicle imports at Beitbridge border post. Early this year there had been an outcry over the slow processing of vehicle imports at Manica where importers were spending around two days to complete the processes with Zimra. On average it should take less than one and half hours per vehicle if correct documentation was made available. She said they had no backlogs in terms of printing the customs clearance certificates for all newly imported vehicles.

Herald Business is reliably informed that plans are underway to have a cash office at the bonded warehouse and the authority has been encouraging its clients to make their payments through the bank and avoid carrying cash. Source: Zimbabwe Herald