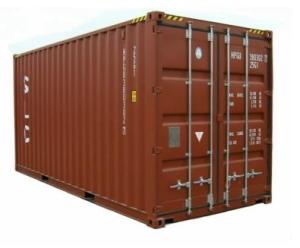 This is the theme of peer review group –  Environment and Planning’s latest edition to its journal. Once I got past the verbage of seeming unconnected academic diatribe, I stumbled on a paragraph which provoked immediate interest, particularly given that I’m fanatical about multimodal transportation especially the ‘container’. It goes like this –

The question posed by this thematic issue is one with considerable intellectual heritage. Surfaces have held a long-standing fascination for science, social science, and humanities scholars, whether figured as material interfaces,(1) natural structures, aesthetic phenomena, geometric projections, or fetishistic distractions. Surfaces may be sculpted, calculated, smoothed, camouflaged, magnified, represented, sensed, or commodified. They may be revered for their beauty, clarity, texture, accessibility, and biodiversity, or criticised for their opacity, ugliness, or for obscuring ‘underlying’ relations and processes. Indeed, while certain disciplinary, philosophical, and scientific traditions are (or have been) concerned with understanding and apprehending surfaces, many scholars—most recently Divya Tolia-Kelly (2013)—emphasise the importance of getting beyond the surface, uncovering underlying meanings, motivations, power relations, ‘feelings’, and processes of production: pushing beyond boundaries, scratching beneath surfaces. The academic inquirer is urged to undertake sub-surface investigations, functioning as an explorer, fisherman, or miner who trawls, excavates, or pioneers new depths.

“So much of life occurs at the surface that, as students of the human scene, we are obliged to pay far more attention to its character (subtlety, variety, and density) than we have done. The scholar’s neglect and suspicion of surface phenomena is a consequence of a dichotomy in western thought between surface and depth, sensory appreciation and intellectual understanding, with bias against the first of the two terms.” Tuan (1989)

The six individual papers in this theme issue provide conceptually diverse and empirically specific responses to the central question posed: ‘What are surfaces?’

For Craig Martin (2013) surfaces exist first as logistical accomplishments, and are to be understood as physical phenomena crucial to the reshaped global geographies of commercial hipping and freight transport. Martin’s concern is with the advent of an intermodal, logistical system based on the standardisation of heavy-duty, corrugated metal boxes; otherwise known as the shipping container. This object, in which so many ordinary spatial interdependencies are invested, is arguably as close to a universal, surficial fix as global powers have got. The containers’ vital statistics and carrying capacities scale up to a planetary surface where integration is paramount, between materialities (of land and sea), mobilities (nautical and terrestrial), and sovereignties (political and legal). By these means, the specificities of earthly surfaces have been transformed into a commerce-driven sameness of sorts.

So now I think….how long it will take me to save up £1000 to purchase a year’s subscription to this journal – perhaps just for this one article?