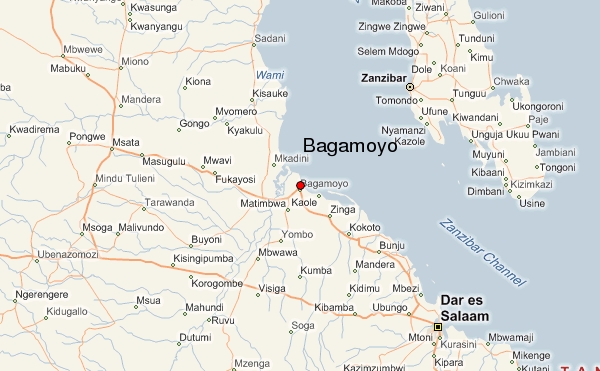 The Chinese President has sealed Tanzania’s Bagamoyo project. Tanzania has laid down its claim for a future large slice of regional trade through a deal with China to build the new port of Bagamoyo in its Mbegani area, north west of Dar es Salaam, at a total cost of $10bn.

The deal was announced by the President of China, Xi Jinping, while recently visiting Dar es Salaam and forms part of a major investment by the China in the infrastructure of the Mbegani area and East African seaboard – a project to be completed by 2028 with the expectation that Bagamoyo port will supersede Dar es Salaam port as the country’s main port and container handling centre.

The new port will be built with a draft sufficient to accommodate higher capacity container vessels up to 10,000 teu and beyond, as well as possess specialised roll-on roll-off berths and other cargo berths.

The overall scale of the planned development is such that it will provide a highly competitive solution to Kenya’s port expansion plans in Mombasa and Lamu which, as well as catering for national trade, are focused on meeting the needs of surrounding landlocked countries such as Uganda, Rwanda and Burundi.

Kenya has ground out plans for a new deep water container terminal in Mombasa – now under construction – and has embarked upon major new port development at Lamu, but the Bagamoyo port plan has a stronger profile and coherence to it. The money is down and in the background are new offshore gas discoveries for Tanzania which promise to play their part in promoting a strong and enduring relationship with China.

The first-phase development of Bagamoyo port is expected to be in operation by 2017 with construction undertaken by China Merchant Holdings of Hong Kong.

There has been no discussion to-date of whether the new port will feature cargo handling terminals operated by the private or public sector. As in Kenya, this subject remains something of a ‘hot potato’ with some Tanzania Port Authority executives suggesting it was a mistake to introduce the private sector as the operator of the Dar es Salaam Container Terminal. As in Mombasa, there is a belief that the public sector could have done as well as private interests in seeking to achieve efficient container terminal operation.

This belief persists in certain circles despite the TPA taking steps to raise the calibre of executives in its organisation through the introduction of executives from the private sector and a greater overall focus on human resources.

Dar es Salaam currently handles over 9m tons of cargo per year which is equivalent to about 95% of all Tanzania’s import and export volumes. In container trade alone, growth has been over 12% per annum since 2000. Despite this, the cost of shipping to Tanzania is about 25% higher than rates to the larger competing ports in southern Africa. This is mostly attributable to port inefficiencies brought about by inadequate investment in port infrastructure.

These costs are compounded when the effects of congestion and delay are added to the total freight bill, which can account for between 20%-70% of the total delivered price, inflating the price of imports and undermining global and regional export competitiveness.

The rationale for the introduction of major new port capacity in Tanzania is self-evident – demand is outstripping available capacity. It is to be hoped, however, that new capacity will be introduced supported by a modern port management model and institutional arrangements to facilitate optimum use of this capacity at the lowest cost. Source: PortTechnology.com