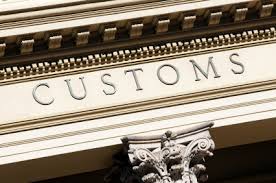 The following article and its ensuing piece of legislation would seem to suggest that current Customs’ automated risk management is not doing its job, or at least is not as successful as authorities would often have one believe. Will this legislation signal a return to good old-fashioned ‘manual’ customs investigative work based on human intelligence? What the Congressman appears to overlook is that it is the US importers who are liable for correct clearance of foreign supplied goods. If CTPAT (and any other AEO scheme for that matter) have any worth, then surely the USCBP would look at de-accrediting US importers who fall foul of its import compliance levels? For many, the question remains – how successful (or even relevant) are the post 9/11 Customs Security measures? Besides creating significant expense budgets for Customs administrations, lucrative business opportunities for scientists, technology vendors, standards bodies, and of course consulting opportunities for the hundreds of audit firms and donor agencies – are the benefits, cost-savings and efficiencies in our current era of “Security” that visible? For many traders, all of this has been accepted as little more than the cost of doing and remaining in business. Period!

Congressman Dan Lipinski introduced legislation that will help American manufacturers grow their businesses and add jobs by cracking down on foreign companies that illegally avoid paying millions of dollars in customs duties. The Customs Training Enhancement Act (click on hyperlink to view the Bill) will facilitate the sharing of information between the private sector and U.S. Customs and Border Protection, enabling the government to do a better job of identifying schemes that cheat American taxpayers by importing foreign goods without paying duties.

The bill, which was folded into Democratic and Republican versions of more comprehensive Customs legislation in the previous Congress, further advances the goal of levelling the playing field so American businesses have a fairer shot against their foreign competitors.

“Blatant cheating by foreign firms has become more widespread at a time when American employers and workers are already at a serious disadvantage. This is not only bad for American business, but it hurts taxpayers by robbing the federal government of taxes it is rightfully owed,” Rep. Lipinski said. “The Customs Training Enhancement Act offers a common-sense approach by allowing impacted industries to  provide our Customs agents the critical intelligence they need to spot the cheaters.”

Since 2001, importers and exporters of goods into the United States have avoided paying $600 million in duties, according to the U.S. Government Accountability Office, which estimates that 90 percent of all transhipped or mislabelled items originated in China. Foreign companies have avoided duties by misclassifying and undervaluing products or by shipping goods from one country to another on their way to the United States in order to disguise the country of origin.

Under Rep. Lipinski’s bill, Customs and Border Protection would be required to seek out companies and trade groups that have information that can identify misrepresented shipments. That information, in turn, would be shared directly from these industry experts to Customs agents working on the front lines.

The Customs Training Enhancement Act is modelled on a successful program forged between the steel industry and Customs and Border Protection in which company and industry officials have taught Customs agents how to spot products that have been deliberately mislabelled.

“The steel industry has shown us a public-private partnership that saves taxpayers millions of dollars while costing the federal government very few, if any, resources,” Lipinski said. “We need to expand this program and fight back against the lying and cheating by foreign companies that are hurting American taxpayers, businesses, and workers. The Customs Training Enhancement Act is an important first step.” Source: www.lipinski.house.gov