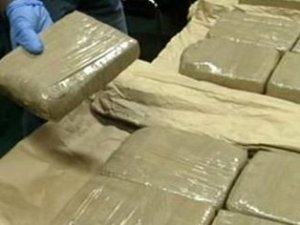 The Mozambican police claims that it has seized almost 600 kilos of heroin, at Namoto, in the northern province of Cabo Delgado, on the border with Tanzania.

The drugs were found on Sunday in the possession of two citizens of Guinea-Conakry, who are now under detention in the Cabo Delgado, provincial capital, Pemba. The drugs are being stored in the warehouses of the provincial attorney’s office.

According to Malva Brito, the spokesperson of the provincial police command, cited in Wednesday’s issue of the Maputo daily “Noticias”, the final destination of the heroin was South Africa.

Brito said the drug was concealed in an otherwise empty seven tonne pick-up truck. The Guineans had improvised a type of hold within the truck’s bodywork. But alerted by a strange smell and the odd size of the stowage area, the police searched the truck, and found the heroin in 118 plastic bags of about five kilos each (which is a total of 590 kilos).

When the heroin was found, the Guineans first claimed that it was fertilizer that they were taking to South Africa. When that didn’t work, they tried to bribe the frontier guards, offering them 60,000 US dollars. The bribe was not accepted.

The Guineans had started their journey in the Kenyan capital, Nairobi, last Friday, and crossed Tanzania before entering Mozambique. The Toyota pick-up bore a number plate from the Democratic Republic of Congo, and supposedly belongs to a Congolese named Sidiki Sano, who is resident in Mozambique. The owner of the heroin is believed to live in Johannesburg.

If the police figures are accurate, this is an enormous drugs bust. According to the United Nations, heroin was selling in South Africa in 2012 for 35 dollars a gram. So 590 kilos would sell in Johannesburg for 20.65 million dollars. Source: Mozambique News Agency (Agência de Informação de Moçambique).