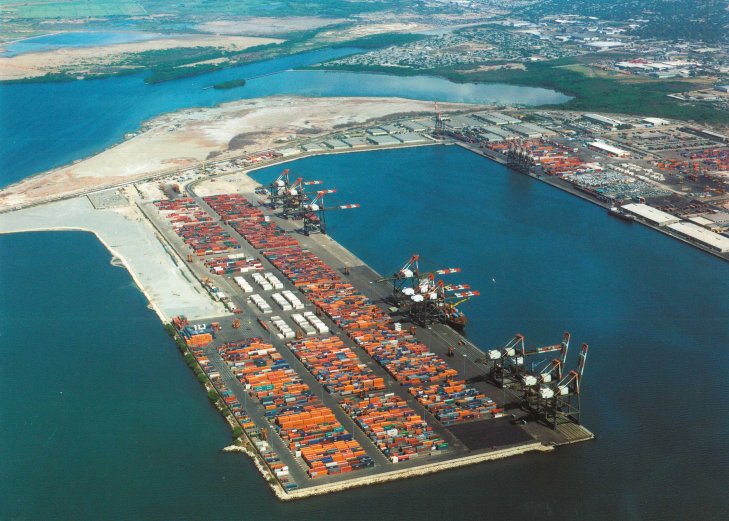 The Port of Kingston – ripe for development

The Government of Jamaica has revealed ambitious plans to turn the Caribbean island in to a global logistics hub – and high level talks have already begun with the aim of increasing volumes of sea cargo.

Projects under discussion include developing the Port of Kingston ahead of the expansion of the Panama Canal and the development of a new commodity port to be built in eastern Jamaica which will specifically handle petroleum products, coal, minerals and grain.

At the same time, there is talk of constructing an air cargo airport to help with increased volume of boxes and the construction of large scale ship repair docks to service the increasing volume of post-panamax vessels.

Dr Eric Deans, chairman of the Logistics Task Force, said a market of 800 million people, including the USA and Brazil, can be accessed readily from Jamaica. He said trade opportunities are due to “burst wide open with the expansion of the Panama Canal scheduled to be completed in 2015; the multi-billion stimulus package by Brazil for World Cup 2014 and Olympics 2016; and the growing middle class in Latin America.”

He added that a critical aspect of the global logistics hub initiative is the broadening of bilateral collaborations with Jamaica’s global partners, and encouraging private sector investment and financing through private-public partnerships (PPPs).

Talks regarding the set-up of special economic zones are already underway with local and foreign investors.

The Jamaica Ministry of Industry, Investment and Commerce, which is spearheading the initiative, says that it will help give the country a global logistics supply chain that is able to compete with the likes of Singapore, Dubai and Rotterdam.

Perhaps this initiative could spur on our local authorities to actually move on ‘logistics hubs’ here in South Africa. While the huge expansion plans for our existing harbours, railroads are pursued, it is high time that the likes of Tamboekiesfontein, for instance, and other privately initiated transit hubs are taken seriously, and in an integrated manner to benefit commerce and trade in the Southern African region.