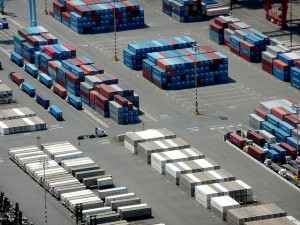 FTW Online last week ran an interesting article in response to a proposed change in Customs’ policy concerning the national transit movement of containers from coastal ports to inland container terminals and depots. In February 2011, I ran an article Customs Bill – Poser for Cargo Carriers, Handlers and Reporters alluding to some of the challenges posed by this approach. The following article goes a step further, providing a trade reaction which prompts a valid question concerning the practicality and viability of the proposed change given logistical concerns. I believe that there is sufficient merit in the issues being raised which must prompt closer collaboration between the South African Revenue Service and trade entities. For now it is sufficient to present the context of the argument – for which purpose the full text of the FTW article is presented below. In Part 2, I will follow-up with SARS’ response (published in this week’s edition of the FTW) and elaborate on both view points; as well as consider the matter  on ‘raw’ analysis of the ‘cargo’ and ‘goods declaration’ elements which influence this matter. Furthermore, one needs to consider in more detail what the Revised Kyoto Convention has to say on the matter, as well as how other global agencies are dealing and treating the matter of ‘security versus facilitation’.

Customs’ determination to have all goods cleared at the coast does not bode well for the South African trade environment, Pat Corbin, past president of the Johannesburg Chamber of Commerce and Industry (JCCI), said. Speaking at the Transport forum in Johannesburg Corbin said the Customs Bills have been on the cards for several years now and while consensus had been reached on most issues in the Nedlac process, the determination of Customs to not allow for any clearing to take place at inland ports will only add more pressure to the already overburdened ports in the country. “Customs maintains that despite the changes they propose it will be business as usual. We disagree. We have severe reservations about their intention to terminate vessel manifests at the coastal ports in all cases and have called for further research to be undertaken in this regard,” said Corbin. “By terminating the manifest at the coast it has severe ramifications for moving goods from road to rail. International experience has shown when you have an inland port and you have an adequate rail service where the vessel manifest only terminates at the inland port, up to 80% of the boxes for inland regions are put on rail while only 12% land on rail if the manifest terminates at the coastal port.” Corbin said the congestion at both the port and on the road would continue and have an adverse impact on quick trade flows. “It also raises issues around the levels of custom security and control at inland ports and then the general implications on the modernisation project.” According to Corbin, government’s continued response has been that no provision exists for inland ports and that goods must be cleared at the first port of entry. “They maintain that it is about controlling goods moving across our borders and thus the requirement that all goods must be cleared at the first port of entry. The security of the supply chain plays an important role to avoid diversion or smuggling of goods,” said Corbin. “Government says that the policy change will not clog up the ports or prohibit the seamless movement of trade. Labour organizations and unions seem to agree with them.” But, Corbin said, the Johannesburg Chamber of Commerce differs and is worried about the ramifications of this dramatic change to the 35-year-old option of clearing goods at an inland port or terminal. “With this policy change all containers will have to be reconsigned after not only Customs clearance on copy documents but also critically, completion of shipping lines’ requirements ie, payment of freight, original bill of lading presentation and receiving delivery instructions prior to their issuing a delivery order.” Corbin said the issue had been addressed directly with Transnet CEO Brian Molefe on two occasions, but that he had said he accepted Customs’ assurance that nothing would change and the boxes would still be able to move seamlessly once cleared. “It is not understood that the manifest will terminate at the coast where all boxes will dwell until they can be reconsigned,” said Corbin. Source: FTW Online – “New Customs Bill ruling will put pressure on port efficiency.”